FOR THE RECORD Laudes Creaturarum and Hymns for the Amusement

Arthur Oldham, director of music at St. Mary’s Catholic Cathedral, Edinburgh, since 1957, is certainly no novice in dealing with voices. He appears here in the triple role of composer, conductor and trainer, and, on each count, he scores considerably. His music is undeniably Britten-ish, though these two spontaneous works do give us glimpses of his own undeniably inventive mind.

The Hymns for the Amusement of Children, written for the 1962 Pershore Festival, are settings of words by Christopher Smart. Light and cheerful they may well be, yet on no account are they to be cast aside as pleasant trivialities suitable for only the whim of a moment. Mr. Oldham’s sincerity is never in doubt and his hymns have a direct appeal to all who favour a happy muse. The individual ‘titles are: Mirth, Beauty, For Saturday : for Sunday and Plenteous Redemption. Lauder Creaturarum, a joyous little cantata composed for the 1961 Spode Music Week, is spiritually related to St. Francis of Assisi, whose poetry it uses so agreeably. It contains much resourceful writing with never a hint of strain on either technique or ideas.

The performances have atmosphere, the Edinburgh choirs of Craiglockhart College and St. Mary’s Cathedral doing good work. Eileen McLoughlin tackles the important soprano part admirably and, in Mozart’s Laudate Dominum (which, together with •his oft-performed Ave verum corpus, completes the record) captures a mood of calm resignation.

“The Creation and Fall of Man,” the “Messianic Promise” and the ” Incarnation ” are included in the carefully-chosen selections read so naturally by Deryck Guyler. Natural because he refrains from that unctious air assumed by so many readers of poetry and Holy Scripture. The voice itself, pleasingly resonant, is well-focused and blessedly free from any irritating mannerisms of style or enunciation. This, then, is honest-to-goodness reading, the better for Mr. Guyler’s thought and quiet assurance.

The translation moves elegantly and, handled as expertly as this, becomes a graphic example of Mgr. Knox’s scholarship and devotion. WILLIAM VARCOE 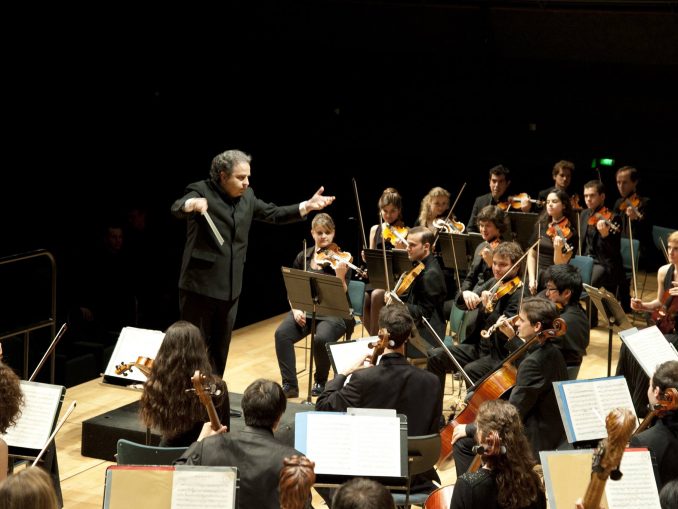